We believe that known hells are preferable to strange heavens. And some people will say "The devil I know is better than the angel I don't know." But here is this story I heard of a man held hostage by the enemy during a war and was sentenced to death. He was given two options. Either to face the firing squad or go out through a very strange door. He asked, "What's behind this door?" He was told no one knows. Well, he choose the firing squad. And after he was shot to death, these soldiers asked their leader what was behind the door and why people never chose it. Their leader told them that the strange door was an exit from their camp and freedom to go home. But people were always scared to go through the door because it was strange and unknown. Wow! And in reality, this is some of us. We keep running away from the unknown and run towards the known. We avoid taking risks and matured decisions. We just want to go through the normal routine of life, we don't want to alter anything or make any mistake. Well I have a quote "If you are scared of making any mistake in life then you've made your first mistake already". So making mistakes shouldn't be a problem. Whatever you do in life make sure you are not average. If a dog can bark, it's average because every dog can bark. If a dog can swim, it's more than average because most dogs can't. And maybe the difference between the two is just the courage to face the water. "There's NOTHING WRONG with being average but if you can achieve more than average, then there is SOMETHING WRONG with it." You can run after job security, college degree, a normal life etc but all these things are not a guarantee for a storm proof life. The storms of life will always come, so in all your getting, get courage and boldness to face life: To face the unknown. So, don't be scared of what's on the other side of life. Maybe on the other side is your ability to create your own future. I challenge you today to be bold to face the unknown! Don't always settle for less or for normal because you are unsure of the outcome. Don't always prefer the known hells. The angel you feel you don't know might be better than the devil you already know. I simply believe that "UNCERTAINTY is the THRILL of LIFE". The man in this story, I feel should have selected the second option because the first option (firing squad) was a guarantee that he will still die. At least he has nothing to lose walking through that strange door. But he took the "let me be on the safe side" decision. Well, am not saying you should always expose yourself to risk, uncertainties, strange things etc. But whatever that has to do with you being above average, living your life to the fullest, pursuing your dreams and life work; be willing to take the risk worth this great course. You know when we are asleep, we no longer have full control of our mind and body. And statistics have it that so many people go to bed and they don't wake up again. Now, let me ask, "Will you close your eyes and sleep this night?" Of course! You will. Even though you know that going to bed is taking the risk of not waking up. But you are going to sleep and wake up because you have this assurance that you are safe in God's hands! So as go through life, as you face the unknown, as you take the risk, as you live life above average; know that God's grace has guaranteed us our victory! "Even though we don't know what our tomorrow holds we know who holds our tomorrow!" I am Johnson Crystal and I choose to be above average! #HopefulMeNetwork #FACE_THE_UNKNOWN

Igu Praise Chinazaekpere 18th July, 2018
I so much love this Great article
Reply 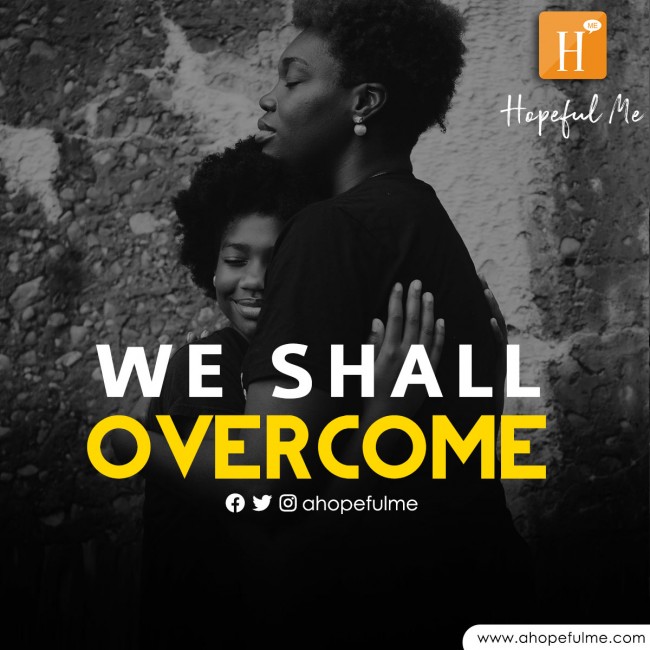