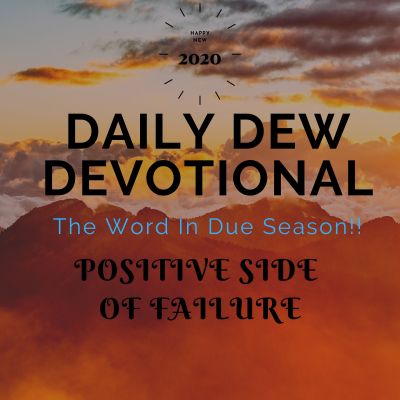 POSITIVE SIDE OF FAILURE.
Hopeful_davidjoshua
Motivation

Hopeful Me Blog
(POSITIVE SIDE OF FAILURE.)

*Verily, verily, I say unto you, Except a corn of wheat fall into the ground and die, it abideth alone: but if it die, it bringeth forth much fruit.* (John 12:24 (KJV)) David failed when he slept with Beersheba but He did not die as a King who once the man after God's own heart. He maintained that titled because he allowed that failure to teach him how never to drift from God. Paul was a chronic persecutor of Christianity. When he got an opportunity to right his wrongs and rewrite his story, he did not miss that golden opportunity. He allowed his past to fuel his passion to become the greatest follower of Christ in his time. Failure is not final. Failure has a good side when you learn to make it a good reason to succeed. The story was told Thomas Edison as follows: *"Thomas Edison's teachers said he was "too stupid to learn anything." He was fired from his first two jobs for being "non-productive." As an inventor, Edison made 1,000 unsuccessful attempts at inventing the light bulb."* However, Thomas eventually succeeded. All the past failures ended up making his success loud and profound. Failure is the best teacher who majors in the subject called "Never Give Up". Nothing teaches resilience, tenacity, compassion and action as failure. There is no truly successful person who is not a product or a graduate from the school of failure. Never allow failure pass as a negative event from today. Make sure you turn to the positive side of failure. MEDITATION:- *Success consists of going from failure to failure without loss of enthusiasm.* -- Winston Churchill *#David_J_Egbochuo* *#Monday_wisdomforliving* *#Becoming_More_Like_Jesus* *#Enjoy_The_Best_half_of_2020* *#Supernaturally_Shielded_by_Favour!* ❤
davidjoshua @Hopeful Me
4 views 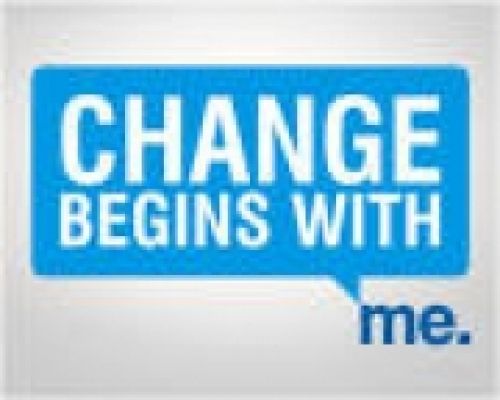 CHANGE BEGINS WITH YOU
By Kalu Emmanuel
POSITIVE SIDE OF FAILURE.