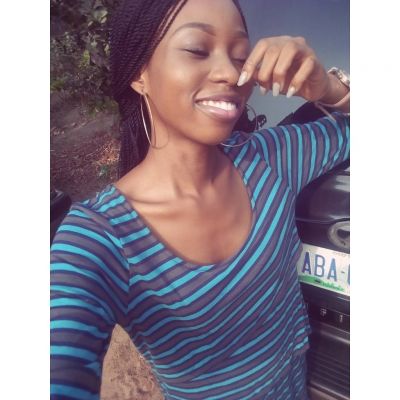 Our Language
The life of a lazy writer
Inspiration

Hopeful Me Blog
(Our Language)

Language. One of the greatest human tool.Knowing how to communicate in your own native language is like knowing the real you from the fake world. Do you know that language was one of the factors that made the white men fail in their intention in the eastern part of Nigeria during the early era of colonialism?Of course some of us dont know that. As a child,I started school very early because I was growing so fast and was eager to see the world. I didn't even follow the normal sequential growth of a child. I didn't crawl,I just started learning how to stand and then,walk,so my parents decided that I should go to school. Before going to school,my very first language was my undiluted native language. Then,I could say and understand a lot of things in my language. Sadly,that is nothing compared to me now. So,some children that went to private school were always punished when they communicate with their native language with other pupil/students. Those children that went to public/government school were forced to pay a fine when they communicate with their local language. I think our problems started here. So I ask,after the white men(according to them) brought civilization, did they also ship our senses away with them when they left? How did we become this fake? Learning the white man language and completely throwing ours away? Is it not possible for one to be fluently in both or more? So why do we Nigerians chase shadows and leaving the reality? This problem affected me so much. Of course,we spent a lot of time in school than we spend with our parents. So, I became someone who can only understand my native language and cannot communicate with it. This has destroyed us a lot. My mum would say,among the three major ethnic groups in Nigeria,the igbos(especially the Ngwa people) work so hard for their language to be forgotten. They start right from the cradle,to teach their children the white man's language. They are the only ethnic groups that speak in English when communicating with people from their own ethnic group too. If you think am lying,observe the Hausas and the Yorubas. You will not hear a single English word when they are communicating. When my mother noticed my problem,at first,she made sure the whole house communicated in our native language ( at least we did that when she was around). She didn't stop there,she made sure we greeted her in our native language all the time(even till date). My roommates and friends can testify. When i was in senior secondary,i even dropped igbo language,when she found out,i was forced to take the exams during 'NECO' and started classes even at last minute. She did a lot of things,but time will not allow me to mention all.At first it was hard,but it got easier,but it wasn't going to be as it were before. So,one day I told my mother,that she will help me teach my children about our native language, the people,just everything. My siblings looked at me like I was crazy. My mum told me that her job was to teach me and then I would teach my own children. Unfortunately, I was a bad student.I am just asking for a second chance at this shot. Probably,my children will be better students than I was. #the life of a lazy writer
chinnyivy12 @Hopeful Me
234 views